At one time, the ground now known as Buckeye Lake was swampland resulting from glaciation. Thousands of years ago the glaciers moved south across Ohio altering drainage systems and landscape. Natural lakes, known as kettles, were created when huge chunks of ice broke off the glacier and melted in depressions. Other lakes were formed when the glacier blocked existing water outlets. As time progressed, clay and silt settled out of the still water into the bottom of the lakes. When the white man began settling in Ohio, only a few of the ancient lakes remained. They were shallow and swampy, and more correctly classified as bogs or marshes. Explorer Christopher Gist, while traveling the Scioto-Beaver Trail just south of Buckeye Lake, camped by the watery bog's edge. In 1751, he named the area Buffalo Lick or Great Swamp in his journal. The Great Swamp included two long narrow ponds that were joined during high water.

A considerable part of the wetland was a cranberry-sphagnum bog. Cranberry Bog, a state nature preserve and a National Natural Landmark, is situated in Buckeye Lake. When the lake was impounded in 1826, Cranberry Bog broke loose from the bottom and became a floating island which may conceivably be the only one of its kind in the world. Most of the island is an open sphagnum moss meadow with an abundance of cranberries and pitcher plants making the area a naturalist's delight. Access to the island is by permit only from the ODNR Division of Natural Areas and Preserves. 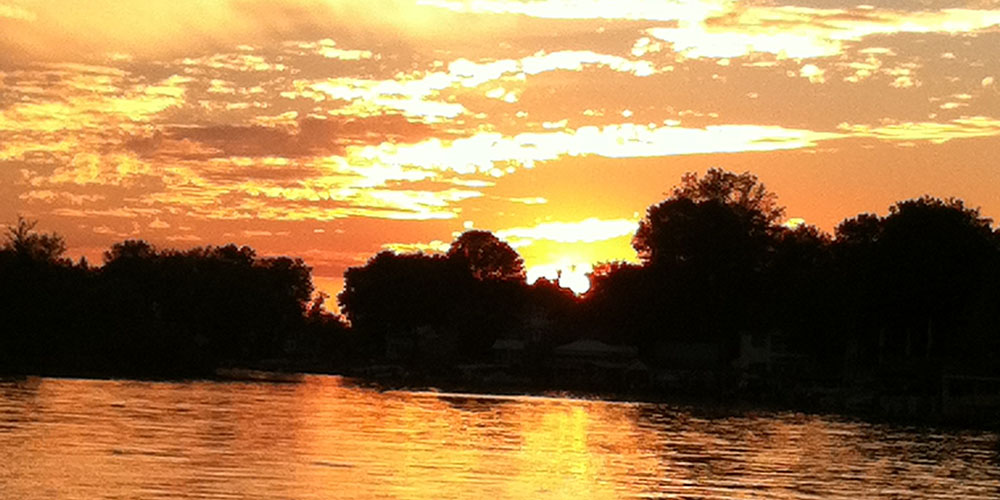 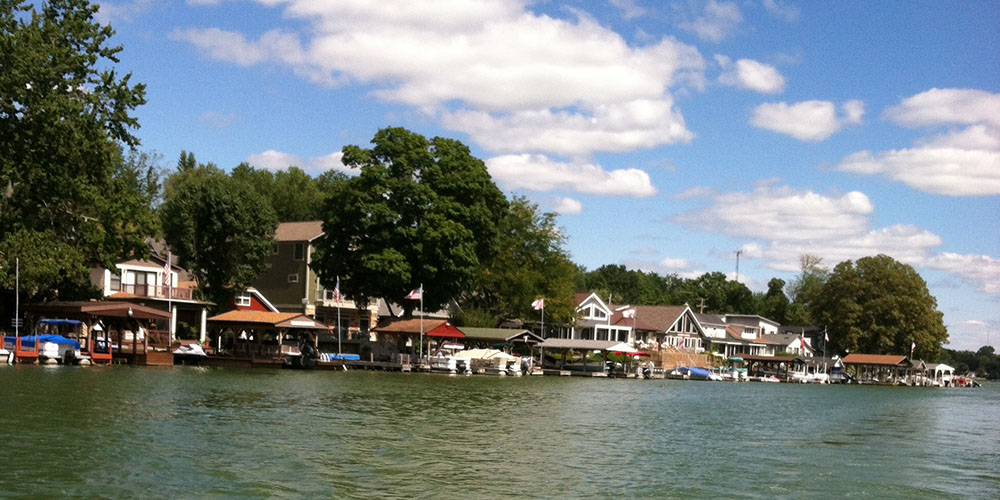 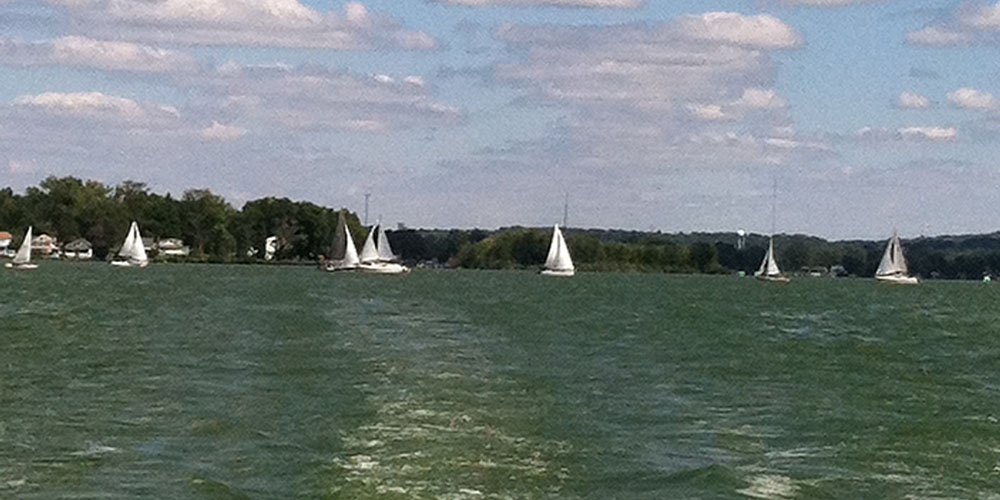 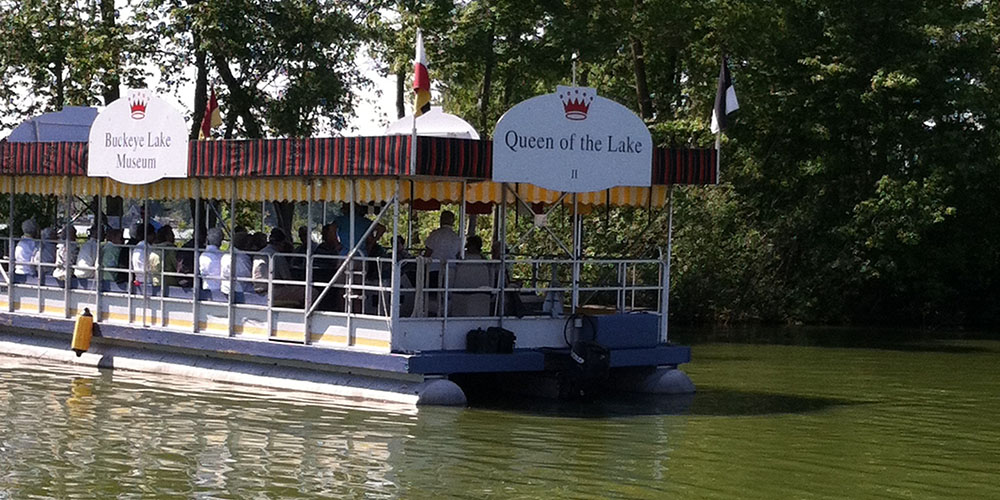 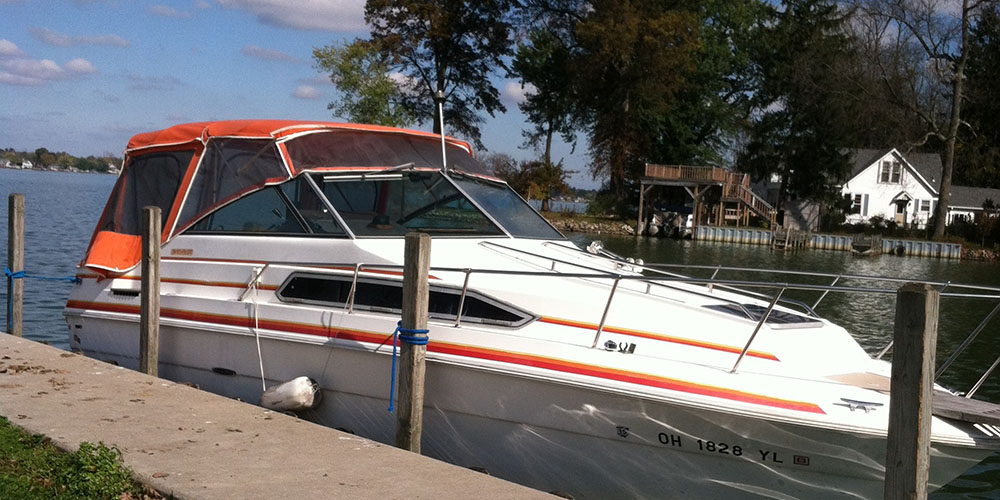 Previous Next
In order to provide interconnecting waterways for a growing state, a canal system was developed in the early 1800's. The system required feeder lakes to supply the water necessary to maintain the four-foot canal water level. Because of their location, areas such as St. Marys, Indian Lake, Lake Loramie, Guilford and Buckeye lakes were to be developed as part of the project.

The canal project was formally started by Governor Jeremiah Morrow on July 4, 1825 in a special ceremony near Newark. In attendance was New York's DeWitt Clinton, the father of the Erie Canal. Ohio's canal system was becoming a reality.

Construction of the dike blocking drainage into the South Fork of the Licking River began in 1826 and was completed in 1830, forming the Licking Summit Reservoir which would eventually become Buckeye Lake. Before impoundment, the forests were not cleared leaving large tracts of timber and brush emergent in the newly formed lake.

As the water level rose, several large mats of sphagnum moss broke loose from the bottom and became "floating islands". Other islands were created because the land was above the water level.

By 1900, there were numerous cottages and several amusement parks around Buckeye Lake. In the early 1900's, as recreational use increased and power boats became popular, the "North Bank" was reinforced and the "Middle Wall" removed. Development continued around the lake. During the 1940's and 50's, many folks traveled to the Buckeye Lake Amusement Park to see big-band stars, dance and picnic.

In 1949, when the Ohio Department of Natural Resources was created, the area officially became Buckeye Lake State Park.